The Ponale road was in the past the only connection between Lake Garda and the Ledro Valley. Starting from Riva del Garda, it brings you to the waterfall of the Ponale river through tunnels and fortifications of the first World War. This road attracts tourists from all over Europe for the wonderful views over Lake Garda.

There is only one way to and from Riva del Garda to the Waterfall of the Ponale river.

Ferry Boat: from April to October Riva del Garda is connected with the main cities of the lake; for info call 800-551801

Starting from Riva del Garda downtown follow the main road SS45, near the Hydroelectric Plant, toward Limone and take the right before the tunnel. Here there are some signboards indicating the Giacomo Cis trail.

Giacomo Cis is the father of this old road, he is the one that more than the others believed and fought for the realization of this beautiful road between Riva and the Ledro Valley. After the first tunnel, there is a wonderful view of Lake Garda from the north towards Riva and Torbole to the south up to Malcesine. You soon reach the famous Tagliata del Ponale, a fortification built during the Austro-Hungarian empire in order to defend the border and consisting of tunnels and trenches excavated above Lake Garda. Its galleries are opened to the public a few days of the year.

In one and a half hour, walking with a unique view over the lake, the trail reaches the Ponale waterfall. Here some signboards tell the story of what was once the Ponale restaurant. A paved road continues on the right to the Ledro Valley and on the left to the town of Pregasina. Towards Pregasina the trail continues with a series of curves and after a few kilometers reaches the statue of the Virgin Mary located on a terrace overlooking the lake. The view here is spectacular. The village is just a couple of miles further and there you can rest and eat in restaurants that are open during the tourist season. The return is along the same trail back to Riva del Garda. During the spring and summer seasons beware of the mountain bikers! 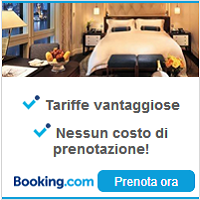